Coffee production in India is dominated in the hill tracts of South Indian states of Karnataka, Kerala and Tamil Nadu on the tracts of the WESTERN GHATS, Indian coffee GROWN IN KARNATAKA is said to be the finest coffee grown in the shade rather than direct sunlight anywhere in the world.

THE ORIGINS OF COFFEE ARE BURIED IN LEGENDS,BUT ITS SPREAD AND POPULARITY IS A LEGEND IN ITSELF

The saga of Indian coffee began on a humble note, with planting of ‘Seven seeds’ of ‘Mocha’ during 1600 AD by the legendary holy saint Baba Budan, in the courtyard of his hermitage on ‘Baba BudanGiris’ in Karnataka. For quite a considerable period, the plants remained as a garden curiosity and spread slowly as back yard plantings.

Coffee in India is grown under a canopy of thick natural shade in ecologically sensitive regions of the Western and Eastern Ghats. This is one of the 25 biodiversity hotspots of the world. Coffee contributes significantly to sustain the unique bio- diversity of the region and is also responsible for the socio-economic development in the remote, hilly areas. 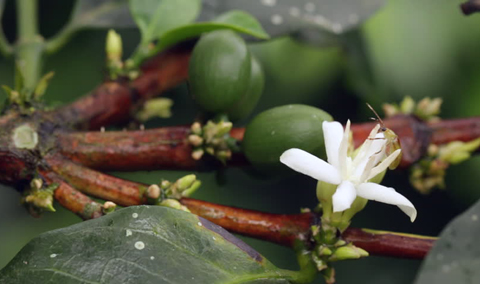